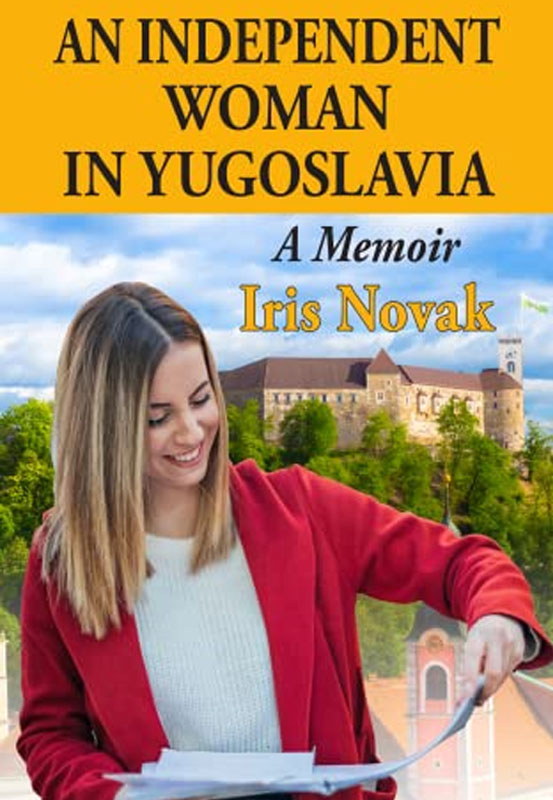 THIS BOOK IS THE MEMOIR of a woman named Iris who determined to
succeed, although she was born as a poor and frightened country girl in what was
then Yugoslavia. To achieve her goals, she used her abilities to gain knowledge from
everything around her, and so triumphed against the odds and grew into a successful
and independent business woman.
The author starts with her earliest memories about her grandparents and parents.
The local elementary school enlarges her narrow world and she realizes her initial,
modest dream – to become the best pupil in one of the best-known Slovenian
schools. But these years bring also bitter moments, because her father seems determined
to make his family as unhappy as he is himself. When Iris, her mother and
brother seem to have been left without anything, they are accepted by her mother’s
family and start to live a normal life, without violence. Iris enters the secondary
school and has to struggle again to become equal to her brilliant schoolmates. She
falls in love, but soon finds out that the young man does not deserve the love she
feels for him. After some miserable months, she meets another boy and thinks that
she has finally found the love of her life. She graduates from the university, finds a
good job, gets married and has three children. She has everything she ever wanted,
or so she thinks. The differences she sees between herself and her husband start to
trouble her. Since she cannot solve the problems, she sublimates her overflowing
energy and pours it into her children, for further studies and her job. She is happy
as a mother, but has to overcome struggles as a business woman in an environment
in which business is the realm of men. She eventually becomes successful in her
business and in the academic world, but she remains without a man whom she
could love.

This is a true autobiography of a strong woman who overcomes many obstacles
and is happy that she could participate in so many roles in life. It is a new angle
on this coming-of-age story, since most anglophone readers will find the backdrop
of Yugoslavia and Slovenia exotic and new. She describes her life objectively, often
laughing at her own mistakes and often remembering even the sadder moments of
her life with humour.